The Queensland government has extinguished native title over 1,385 hectares of Wangan and Jagalingou country for the proposed Adani coalmine in Queensland’s Galilee Basin - without any public announcement of the decision.

The decision could see Wangan and Jagalingou protesters forcibly removed by police from their traditional lands, including lands used for ceremonies.

W&J Council leader Adrian Burragubba, and a group of Wangan and Jagalingou representatives, had been calling on the government to rule out transferring their land, arguing they had never given their consent for Adani to occupy their country.

In a meeting with government officials Friday, seeking a halt on leases being issued for mine infrastructure, they learned the state government had instead granted Adani exclusive possession freehold title over large swathes of their lands on Thursday, including the area currently occupied for ceremonial purposes. 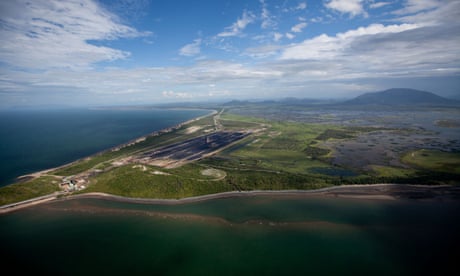 Adani mine would be 'unviable' without $4.4bn in subsidies, report finds

“We have been made trespassers on our own country,” Burragubba said. “Our ceremonial grounds, in place for a time of mourning for our lands as Adani begins its destructive processes, are now controlled by billionaire miner Adani.

“With insider knowledge that the deal was already done, Adani had engaged Queenslandpolice and threatened us with trespass.”

To mine any land under a native title claim, a miner needs an Indigenous land use agreement, essentially a contract that allows the state to extinguish native title.

Adani has a ILUA over the land: five of the 12 native claimants have opposed it, but have lost successive legal challenges in court to prevent it. Seven, a majority, of the native title claimants support the Adani mine.

Burragubba and a group of supporters set up camp on the land ahead of its legal transfer to Adani. He said they will refuse to leave.

He said a notice received by the council said their country “is to be handed over to Adani on 3 August 2019”. The notice also says “Adani will request the assistance of police to remove Mr Burragubba and his supporters from the camp”.

Burragubba, whom Adani has bankrupted over costs from legal challenges, said his group would not abandon their protest nor quit their lands.

“We will never consent to these decisions and will maintain our defence of country,” he said. “We will be on our homelands to care for our lands and waters, hold ceremonies and uphold the ancient, abiding law of the land.”

In a statement, Adani said it had worked closely with the traditional owners of the proposed mine’s site since 2011 “to ensure the customs and wishes of Indigenous people are respected and supported”.

“The ILUA vote for the Wangan and Jagalingou people held in 2016 saw 294 people vote in favour of the Carmichael project proceeding and one vote against,” a spokesperson said. “Adrian Burragubba has taken numerous legal actions against the Carmichael project and the courts have repeatedly said he has no case.” 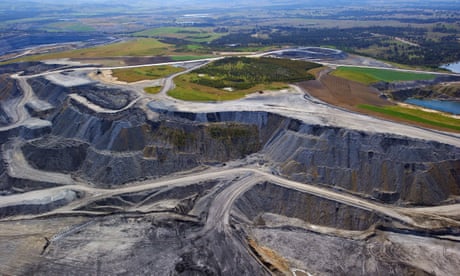 Australian governments will give $4.4bn in effective subsidies to Adani’s Carmichael coal project, which would otherwise be “unbankable and unviable”, new analysis reported this week has found.

The Institute of Energy Economics and Financial Analysis concluded that the project would benefit from several Australian taxpayer-funded arrangements – including subsidies, favourable deals and tax concessions – over its 30-year project life.

It said the project would be further supported by public handouts, tax breaks and special treatment provided to Adani Power, the proposed end-user of the thermal coal in India.

“If these subsidies were not being provided, Adani’s Carmichael thermal coalmine would be unbankable and unviable,” the IEEFA report said.

In a detailed statement in reply, Adani said the institute was “known for publishing alarmist papers that attempt to discredit the fossil fuel industry” and said the report “attempts to resurrect old and patently false and inaccurate claims suggesting the Carmichael project will only be viable because of a variety of government subsidies”.