New South Wales child protection workers regularly give “misleading” evidence to the children’s court, often take the most traumatic option by removing Aboriginal children – including newborns – from their families, and operate in a “closed system” that needs urgent reform to make it more transparent and child-friendly, according to a new report.

The Family is Culture review released this week is a three-year study of the case files of 1,144 Aboriginal children who entered the NSW out-of-home-care system between 2015 and 2016.

In the worst cases, the review found “children who did not appear to be at risk of harm were removed from their families”, the children’s court was “misinformed about vitally important information” and, in a deeply concerning finding, in some cases “the location of young people under the care and protection of the minister was unknown”. 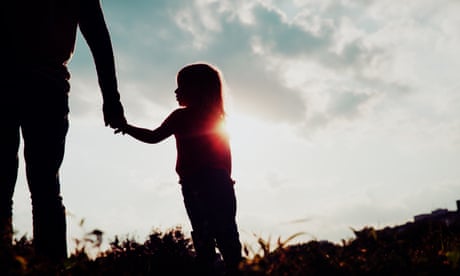 Child protection: governments found to be spending $500m a year without any real gains.

The review, led by University of NSW pro-vice chancellor professor Megan Davis, is the first to look at how Aboriginal children and families manage in the child protection system, and its findings are damning.

It said the NSW child protection system lacks transparency, has no effective regulator and its reforms are regularly devised and implemented with little or no genuine consultation with the Aboriginal community.

The review found “widespread noncompliance” with law and policy by family and community services (Facs) caseworkers and managers. Facs staff routinely ignored the requirement to consult regularly with Aboriginal families and communities, and routinely chose removal over other, less intrusive, options available. Willing and available Aboriginal family members were routinely ignored and siblings, including twins, were separated unnecessarily.

In one case, the report found that: “Facs attended the year six formal of a child to assume her into care as a response to chronic neglect concerns. Given that Facs had an extensive history of casework with this family, the parents were engaging with Facs and that removal was in response to a chronic rather than an acute issue, the attendance of caseworkers at a milestone event for the child was unnecessary and traumatising. This removal could also easily have been avoided.”

Disturbingly, in almost a quarter of cases, Aboriginal babies were taken at birth or from the hospital soon after, and almost a fifth were in the system before they were six months old.

According to the review:

“In Case 37, the child was assumed into care at 4am, after birth, when FACS had told the parents that they would be supported to attend rehabilitation under a safety plan.

“In Case 131, Facs conducted a full safety assessment of an Aboriginal mother (without the support or assistance of family members) and assumed care of her new baby less than 24 hours after she had given birth via caesarean section.”

The review also said Facs regularly provides “evidence to the children’s court that is false or misleading”.

“It appears that Facs may regularly omit evidence such as evidence of a parent’s ‘strengths’, the effort a parent has made to address substance abuse issues, or the positive parenting approach of the parent. This has occurred despite there being numerous policy documents that indicate that this approach is not permitted,” the report stated.

The review team recommended an independent statutory body be set up to conduct care and protection litigation in NSW, headed by specialist magistrates. The review also called for plans for a separate court for Aboriginal children, devised in consultation with Aboriginal child care and legal agencies.

The Facs department needed an Aboriginal quality assurance unit to “focus on improving casework practice in respect of Aboriginal families” and review its own caseworkers’ “non-compliance with existing restoration policy and guidance”.

It said a restoration hotline run by an Aboriginal organisation was needed to provide Aboriginal parents and families “more detailed information about the restoration process” and what they needed to do to get their children back.

“The report’s recommendations will be considered carefully and in their entirety,” the minister for families, communities and disability services, Gareth Ward, said.

“The department will work through the report and prepare preliminary advice in the first half of 2020. Listening to Aboriginal communities does not stop here. It is an ongoing process and we’re committed to open and transparent communication with the sector,” Ward said.

AbSec, the peak organisation representing Aboriginal family and childcare organisations in NSW, welcomed the report as a “watershed moment”.

AbSec CEO Tim Ireland said working with the government to overhaul the system was essential and urgent.

“Our kids deserve nothing less than us taking immediate action based on these new findings,” Ireland said. “The sooner the government starts implementing these recommendations with Aboriginal communities and organisations, the better.”