Dr. David Martin spills the beans, exposing organisations and names of psychopaths behind this genocide attempt. 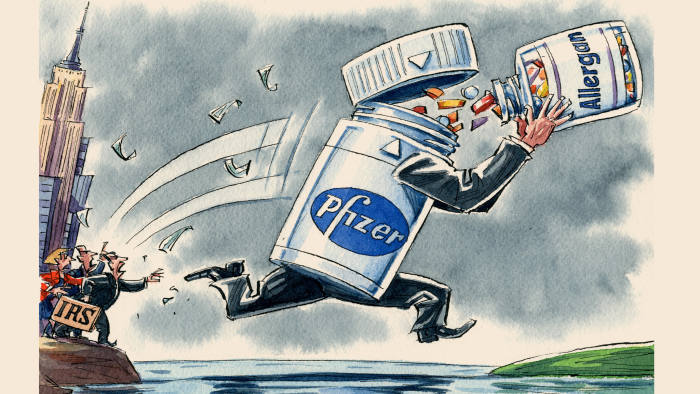 If you thought the last Dr David Martin talk was exciting, this one, which he gave at the Red Pill Expo is positively electrifying.  He says that this is “final” speech but that we will be hearing from him, only it will be a new version: No more Mr Nice Guy. We get to see a bit of that in this presentation. He is angry.

David has put the names and faces of all of the major players in the theater of the COVID War onto one slide, which he says is important, because “We energize the forces of darkness when we anonymize them and when we see their faces on a screen, we realize that they’re merely individuals that have lost the social contract with humanity.”

The purpose of this talk is to de-mystify the “they” of the COVID War.

“How many of you are familiar with the company, Anser? I love having this moment. Do you know they are the single largest contractor in the entire COVID terrorism campaign?…

“The companies on the right, that you think are the ones running this show [Pfizer, Moderna, Johnson & Johnson, Merck Ridgeback, Gilead Sciences], are in fact a front [for the companies on the left, Anser, Fors-Marsh, Palantir, Publicis Sapient].
“And you know what a front organization is? They’re the ones that are supposed to take the flack and take the heat. The ones on the left are the ones that actually got the money. Operation Warp Speed went to Anser.
“You didn’t know that, because you were told by the media that it went to Pfizer, Moderna, Johnson & Johnson and all that kind of stuff. That’s not true. The prime contract of Operation Warp Speed went through Anser, a company none of you had heard of!
“And you didn’t hear about them because the contract was signed by ATI, a company based in South Carolina, a company whose history has been government defense contracts for the purposes of propaganda! I wish I made that up. The prime contractor selected to run Operation Warp Speed was a propaganda expert for the US Department of Defense…
“Anser is the way for the Federal Government never to be liable for the criminal conspiracy they know they ran. They are now one of the top ten Federal Contractors in history, below Lockheed-Martin, Raytheon and all those guys.
“Those names you know. You don’t know Anser, the single company that, by COVID rose – the highest-ranked rise in the history of federal contracting; the highest single-year rise, ever was Anser – and none of you know who they are!…
“Anser Corporation, they’re the ones running Operation Warp Speed and they’ve been set up to shield these manufacturers from ever taking the financial liability for their willful misconduct. And one day, everybody’s gonna go, ‘Let’s sue Pfizer! Let’s go sue everybody else! And the only problem is when we go to sue them, they say, ‘Hey! It wasn’t us!’ And they’re right and all of us were asleep. And I’m talking to a woke crowd, here and all of you were asleep.
“Don’t tell me you’re awake if you’re still sleeping, because if you didn’t know who Anser is, you’re still asleep!
IT GETS WORSE…
“It gets worse. Fors-Marsh, anybody know Fors-Marsh?…They’re the branding agency that branded COVID. They’re the ones who make sure we find hospitals that are overrun with people. They’re the ones who find kids that died of COVID right before the FDA needs to vote on giving kids injections. They’re the ones that go around the world, making sure every message is always the same: ‘We will not return to normal until we have a vaccine.’ Thank you, Justin Trudeau! Where’d you get the script? From Fors-Marsh! And how many of you knew that? None of ya!
“How about Palantir? Hey, that’s a weird one, isn’t it? Peter Thiel, who has successfully run a company that has lost $200 million plus, every year for about seven or eight years, goes public in the middle of COVID. Isn’t timing interesting? Isn’t it fascinating that a company that’s done nothing but lose billions of dollars goes public in the middle of the worst economic cycle we’ve had? Isn’t that funny? And did you actually go back and read their public offering? Hah! Funny! I know you didn’t, because there really wasn’t one, that’s why you didn’t read it!
“Because they went public in this very bizarre, backdoor way of actually selling founder’s stock into the market, so we got personally-enriched – personally-enriched – using the public market as the laundering facility. Isn’t that brilliant?
“But let’s look at what they did for our COVID scandal. They actually came up with a thing called Gotham Data Tracking…you know what that does? That’s making sure that every time you turn your phone on, when you get off the plane, when you cross the state line, it gives you a little tag that goes, ‘Hey, do you want a COVID alert in your neighborhood?’ You know why? Because you are being monitored. Your phone is being monitored. Your transactions are being monitored, your credit cards are being monitored, your health behavior’s being monitored, your vaccine status is being monitored and it’s all done under the contract run by Gotham Data Sciences, the company that went public during COVID – and none of you knew about this.
“And you’ve been to Red Pills! And you still haven’t taken the Red Pill! And by the way, I’m not even to the good slide, yet. So be depressed! ‘Cause it’s getting worse!
“Publicis Sapient, the Health and Human Services’ IT contract. Have you ever wondered how the data never seems to add up? Somebody always has allegedly the same reportable data?
“Publicis Sapient has the Health and Human Services’ IT contract to consolidate all of the data, so guess what happens? Everybody has the same number of COVID cases to report, when somebody from the media calls and says, ‘Hey, how many cases do we have?’ ‘Oh, 40,000’. ‘Oh, round number, 40,000’…
“When, in the course of human history has a round number involving the word ‘thousand’ ever happened? There’s never been a 10,000 heart day, there’s never been a round number day – until you actually control the Department of Health and Human Services’ entire IT platform and not one of you knows that that’s a single contract, run by Publicis Sapient…
“You’ve been focused on the right hand side the whole time and the left hand side is doing the dirty work.

The next slide shows the countries of the US, Canada, UK, Germany, South Africa, China and Australia and the logos of the following corporations: BlackRock, AXA, HSBC, International Monetary Fund, United Healthcare, Insurance Corporation of British Columbia.
David says, “The most important part of this slide is what I put in the Atlantic Ocean, because the real nation-state isn’t a nation-state. Listen!…The Treaty of Westphalia, the stupid idea of drawing lines on maps and calling them countries has long been dead.
“The real control is that,” (points to the slide), “what I call the ‘Atlantic Coalition of Doom.’ The Atlantic Coalition of Doom: BlackRock, AXA, the International Monetary Fund, HSBC, ICBC and you guessed it, United Healthcare…
“United Healthcare is a corrupt organization. It is a corrupt organization. It must be called what it is. It is actually the most manipulative corporate structures known to humanity, because what it does is it matches life insurance and insurance products with the delivery of healthcare, so they can so what? Manage your health? Oh-ho-ho no! Bet against the timing of your death.
“That’s the internal arbitrage. It is the wet dream of the Lloyd’s of London syndicate. They would have loved to have had this opportunity. But guess what? They didn’t. United Healthcare did. They put two things together, which means they get to manage your life so they can time your death, so they can profit on both.”

-----
Below given info is not mentioned by Dr David Martin!

All are guilty of CRIMES AGAINST HUMANITY - COMMITTING GLOBAL GENOCIDE and need to be severely punished.

No virus has ever been isolated in any shape or form, and therefore no vaccine needed.