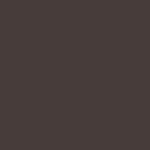 Blackmail charges brought against construction union bosses John Setka and Shaun Reardon have been dropped by Victorian prosecutors - Who were probably paid off.

They told a hearing in the Melbourne's Magistrates' Court that "after consideration of the facts, we have been advised to withdraw".

The charges related to allegations the pair from the Construction, Forestry, Mining and Energy Union (CFMEU) had spoken to executives at Boral about not supplying concrete to Melbourne worksites run by construction giant Grocon.

When told the prosecution intended to withdraw the blackmail charges, Magistrate Charles Rozencwajg said: "I think it's a very sensible decision".

Mr Setka, the union's Victorian secretary, and state assistant secretary Mr Reardon were charged in 2015 after a police taskforce examined allegations arising from the Royal Commission into Trade Union Governance and Corruption. 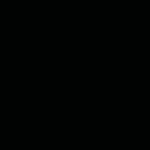 John Setka is a TRAITOROUS THUG whose members are patched-in members of the Rebels Motorcycle Gang, and apparently a powerful figure in Victoria's union movement. (News Video)

The prosecution had alleged the blackmail took place during a meeting between Mr Setka, Mr Reardon and Boral executives Paul Dalton and Peter Head in Melbourne in April 2013, when the CFMEU was waging an industrial campaign against Grocon.

Prosecutors alleged Mr Setka told Boral managers the CFMEU was "at war" with Grocon and wanted to cut off its concrete supply.

The managers were allegedly warned that if they did not cooperate, the CFMEU would target Boral with union action.

Speaking outside court Mr Setka said he and Mr Reardon had been the victim of a "witch hunt".

"There was a conspiracy, [the] Liberal government, a few other people, anti-union law firms all conspired," he said.

"That all came out in time. We'll be saying a lot more about this in the coming days."

Boral said it would not comment on the decision.

Tasmanian senator Eric Abetz, who was workplace relations minister at the time, denied the conspiracy accusations.

"John Sekta has a history of making very inflammatory statements and it's not worth responding to them," Senator Abetz said.

"Whilst he's had a win today I would suggest to him that he be exceptionally careful in relation to the sort of allegations that he wants to throw around."

Federal Opposition seized upon the decision to reignite debate over the merits of the trade union royal commission.

"We've said from the beginning that the trade union royal commission is a politically motivated witch hunt," Ms Plibersek said.

"They were so keen to do the trade union royal commission, hoping that it would take some paint off their political opponents.

The Federal Government defended the Royal Commission's recommendation of the charges.

Jobs Minister Michaelia Cash — who has routinely referenced Mr Setka and Mr Reardon's alleged conduct in Federal Parliament — said the decision to drop charges was a matter for the Victorian Police.

"If you want to stand here and ask questions about justification of the CFMEU's behaviour, I think you'd be sadly misguided," she said.

"They are the most notorious union in Australia — I think we're up to about $14 million in fines that have now been handed out against the CFMEU for unlawful behaviour."

Senator Cash argued the recommendations went further than calling for criminal investigations to be launched, and the Turnbull Government had implemented its findings through decisions such as restoring the Australian Building and Construction Commission (ABCC).

Speaking outside court, high-profile lawyer Peter Gordon, who represented the pair, said the decision to drop the charges ended a "dark chapter" in Australia's political and union history.

He said Boral's credibility had been "shredded" during the court process.

"What we do know is that gross and unlawful distortion took place, and that's the only way in which these charges could have ever been brought," Mr Gordon said.