America records its first death from dengue fever in 2022 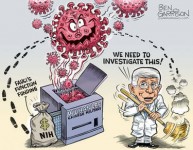 A 60-year-old man, a resident of Centro de Americana, is the first death from dengue fever in the city in 2022. Information is from the epidemiological surveillance of the municipality.

The victim, who was taken to the hospital for diagnosis of dengue hemorrhagic fever caused by serotype 1 of the virus, died on March 4, but the death was only released by the municipality of Americana on Wednesday night (23). .

The test result was confirmed by the Adolfo Lutz Institute in São Paulo.

The first death from dengue fever was recorded in the city in a scenario in which 165 patients became ill since the beginning of the year. In this period, 223 suspected cases have been ignored, and 36 people are currently awaiting test results.

In a note, the Ministry of Health informed that it is conducting activities to combat the disease through the PMCD (Municipal Dengue Control Program), and that within 15 days, an outside company will start operating in the municipality to help with prevention.