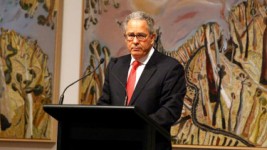 Queensland's public trustee has been suspended after "serious allegations" were made against him.

Attorney-General Yvette D’Ath would not say why Mr Carne had been suspended.

"The Governor in Council has today approved a recommendation by Attorney-General and Minister for Justice Yvette D’Ath to immediately suspend the Public Trustee Peter Carne, pending a show cause notice, as a consequence of serious allegations which could amount to misbehaviour under Section 9 of the Public Trustee Act 1978," her spokesman wrote in a statement.

"The public can be assured that the Office of the Public Trustee’s core obligations will continue to be met.

"There will be no further comment to ensure proper process is followed."