Personal stories of contact with the Queensland adult guardianship system

Some of our members have been willing to share their stories. Others do not want to compromise their privacy. Others are fearful of retribution that would be suffered by their loved ones if they spoke out. Amongst our committee there are many more nightmare stories than are presented here and we know there are many, many more in Queensland.

If you would like to help us expose the Public Trustee and share your experience of Queensland’s adult guardianship system you are very welcome to do so. Please post your story in the comment section below. Comments here are moderated and will not appear immediately.

If you do tell your story, please do not include any information that identifies yourself, your loved one or any officer of the guardianship system. We will check your stories for this before publishing, other than that you can say what you like.

They left only his hat (This is just a small part of this person’s story. His supporters have previously published the whole story and been order by QCAT to remove it)

The Public Trustee, the Adult (Public) Guardian and their Aboriginal client. 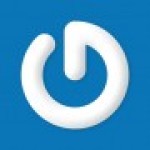