Isn't it a shame that mainstream media (so-called) journalists that followed suit like a bunch of lackeys, when they all jumped on the "criminal syndicate kidnapping children" bandwagon instead of doing their own homework.

Here's a few points to mull over whilst the real story gets hidden.

If that's not bad enough, please read this long list of family court judgements that gives children either full custody to the child-raping parent or overnight-unsupervised access.

To give you a peek into what's in there we will start with Justice Carmody, who in the case of Murphy vs Murphy, stated :

“There is no presumption or a priori rule that even gross misbehaviour such as child sexual abuse or family violence disqualifies the offending parent or puts up an insurmountable barrier in the way of having contact with a child victim”.

He also either ignorantly, incompetely or deliberately stated : "

“There is no presumption or a priori rule that even gross misbehaviour such as child sexual abuse or family violence disqualifies the offending parent or puts up an insurmountable barrier in the way of having contact with a child victim”.

Rescission or variation of Children's Court orders: A study of Section 90's

When children must be saved from their saviours

Back when cases involving missing children – many of them runaways from foster care – were making headlines in Washington, D.C., Marie Cohen rushed to try to shift responsibility from a failing foster care system. She told us to be sure to remember that a majority of missing children in the District of Columbia “are fleeing their own homes, not foster care.”

That’s a testament not to the success of foster care but rather to the immutable laws of mathematics. Despite the best efforts of those pushing endlessly for a take-the-child-and-run approach to child welfare, a majority of children still live in their own homes, so those will be the homes from which a majority of runaways run.

The research found a 65% rise in the number of children that are separated from their parents since 2001.

The push to increase adoption in England is punishing low-income women, who are increasingly losing their children due to poverty, according to research by Legal Action for Women.

A report to be presented at the House of Commons on Wednesday contains new research from the legal service and campaign group, which suggests the policy of increasing adoption has not reduced the number of children in care – as it was intended to – but has increased the number of those separated from their parents.

6.4.4. Medical or scientific experimentation or treatment 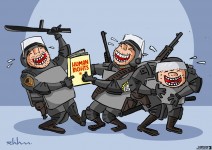 6.4.4. Medical or scientific experimentation or treatment - Scope of the right

The death of a child by arrogance and ignorance ....

​There are no statistics that will ever help you understand what it feels like to be a child abused by the child protection system. No one really watches out for these children they are all lost within a world ruled by narcissist, pedophiles and do-gooders.
A child removed from a home of poverty [aka neglect], is thrown into a broken system where true abuse becomes a life they can not escape.  Even when the child is allowed visits from parents and family who can witness the physical marks of abuse - it is still ignored by arrogant workers who believe the parents are incompetent and their reports are retaliation.
Read more ... Add new comment

Maria Thomas with her son Matthew who was sexually abused multiple times at a state-funded facility for young people with autism in Melbourne.

For months, Maria Thomas would wake up at night terrified her son was being sexually assaulted.

Matthew, a non-verbal man with autism, was sharing a state-funded emergency facility, Autism Plus, with four other young people. One of them had already attacked Matthew several times.

One of Australia's most high-profile providers of disability services, Lifestyle Solutions, is under review by both the Victorian Government and the NSW Ombudsman after a series of deaths of its clients and other alarming reports about the abuse and neglect of some disabled people in its care.

Key points:
Failings were identified after four patient deaths
In one incident, a woman who had her legs amputated was left alone overnight and had no way to seek help
Victorian Government cancelled contract with Lifestyle Solutions after complaints

The biased and unbalanced views of child protection by mainstream media

Can someone please explain why the Australian Newspapers to not appear to print a balanced view of child protection?  All they ever print is how hard done by the caseworkers are (even when they allow a child to be harmed), yet only print how bad parents are.  In fact, even the worst parents do most of the caring for the children, and caseworkers do nothing practical for the children. All they ever do is paperwork. So long as they get their paperwork done everything appears OK.

Why are parents time pressures and needs not printed ever, to ensure proper community supports for parents, but the papers are fixated on staffing levels and the daily routines of handsomely paid social workers?

Here is the SMH complaining about staffing level on behalf of social workers : Click here  And here they are again complaining about the daily routine... They claim to be really busy but appear to have enough time to lobby and talk to the newspapers ... Click here. What a joke.

Charter of Rights for Children in Out of Home Care

Children's Charter of Rights for all Australian states / territories attached to this article.  Family and Community Services NSW state : "The Charter of Rights outlines the general rights and responsibilities of every child and young person in out-of-home-care. The NSW Children and Young Persons (Care and Protection) Act 1998 requires that these rights are supported by carers and caseworkers." BUT you will notice that none of these charters explains exactly what kids can do when they're rights are being breached ...

See also : Ten Rules for Children, How are your children's rights implemented?, "Optional Protocol to the Convention on the Rights of the Child on a communications procedure", Were your children removed on an Emergency Order? and Ludicrous reasons why good and fit mothers have lost custody

CatholiCare and DoCS want girls to have contact with rapist father

A ladies ex-husband sexually assaulted their girls - and went to jail. Now he's out and CatholiCare and Child Protection NSW and the ICL are all stating that they are going to not only allow him to have contact with his victims but force the youngest son to have a relationship with him, without knowing that his father raped his sisters.

Dispelling the myth of gender bias in the family court system

Below are a few stats from a Pew Research Center analysis of the National Survey of Family Growth (NSFG) released in June of 2011.

According to the report, a married father spends on average 6.5 hours a week taking part in primary child care activities with his children. The married mother spends on average 12.9 hours. Since two-income households are now the norm, not the exception, the above information indicates that not only are mothers working, but they are also doing twice as much child care as fathers.

It only makes sense that mothers who have a closer bond due to the time spent caring for a child be the one more likely to retain primary custody after a divorce.